Does it Pay to Love More and Hate Less? You Bet it Does

You play these mental games in your head. It begins with throwing mental knives at people who irritate you; rub you the wrong way; or are the subject of your wrath for any perceived transgressions. The instant reactions beg a broader question; Why react at all? Is it not better to understand that people who are hurting hurt others?  Everyone, it seems to me, is fighting mental battles you know nothing about. Often the emotional explosion  by the other has nothing to do with you. It’s the other’s invisible battle manifesting itself. Things are made far worse when the other’s emotional eruption causes a secondary emotional eruption in you. Would your life not be better if you broke the cycle of react, react, react?

The point is that when you react to the other’s intentional or unintentional poor choice of words, devious put downs, thoughtless speech or actions, you are complicit. You share equal blame for igniting the additional flames of emotion that causes the imbroglio. It always takes two to tango. While it is true that you have the power to react or not, you can prevent the volcanic emotional eruptions from happening twice- by the other and by you. Relationship ashes are evidence of this destructive force. Words that are said CANNOT be unsaid.  But here is the thing. This force can be tamed, if you can just become the silence that listens.

When you discover you have a choice to make, you will think differently. It’s time to let go of what clearly is not working and embrace behavior that is working. Remaining in control is a behavior that works 100% of the time. No longer would you maintain your victim consciousness. No longer would you continue to think small. No longer would you add to the destructive force set in motion by the other. You can re-write the rules of the game by behaving differently. All of life’s drama becomes so irrelevant, silly, senseless and banal-a total waste of energy and time. For many, jumping to conclusions is a way of life. When each party to a situation both jump to conclusions, the destructive forces that follow will wreck everything in its path.

In the end, we will all wind up in the same state-dead. Therefore, while we can, doesn’t it make sense to embrace life; to embrace relationships and stop those devious mental games?

As you take your last breath, you will have realized that life could have been so much more fulfilling had you loved a little more and hated a lot less.

Get Instant Access to a free chapter of Don’t Play With Fire and a Workbook! 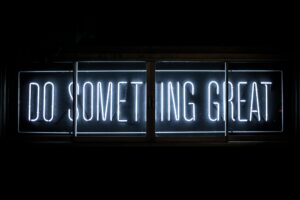 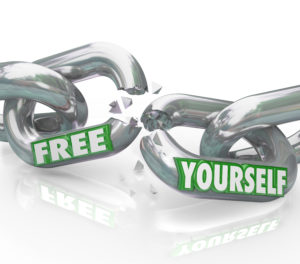 Slander Against Yourself Is A Crime
Many folks I have talked to have become a stranger to themselves. On the one side sits an unclaimed future.
Read more.

5 Top Morning Nuggets For September
Here is what Momentum really looks like: It’s a force of life that makes going uphill feel like you’re going
Read more.
Secured By miniOrange